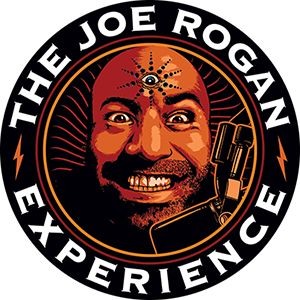 “The Joe Rogan Experience” is a long form, in-depth conversation with the best guests from the world of comedy, sports, science and everything between. Since its launch, it has been a consistently leading podcast and is a show has something for everyone.

Rogan puts his guests at ease by engaging in casual conversation (sometimes even offering them drugs and alcohol) and keeps them talking for hours (episodes can run well over 2 hours!) until they inevitably say something unexpected, provocative or unguarded. Rogan and Mike Tyson recently shared a conversation in which the former heavyweight champion explained how he came to purchase a tiger. Rogan also famously hosted Elon Musk for a 2 ½ hour conversation during which the two men smoked weed, played with a flamethrower, and discoursed on the nature of reality. Given Rogan’s popularity he is able to take risks and often features guests without name recognition. But despite his unconventional approach and set-up, Rogan’s interview style always leads to thought provoking discussion and insights.

Some great episodes to start with include: Jonathan Haidt (social psychologist), Dr. Rhonda Patrick (PhD in biomedical science and expert on nutritional health), Jordan Peterson (clinical psychologist and professor), Dr. Carl Hart (professor from Columbia University specializing in addiction and drug abuse), Sam Harris (neuroscientist), Matthew Walker (author of “Why We Sleep: Unlocking The Power of Sleep and Dreams”), Nick Yarris (wrongly convicted of murder and spent 22 years on death row and recently was the subject of the Netflix documentary “The Fear of 13”), Billy Corgan (lead singer of The Smashing Pumpkins) and Bernie Sanders (American politician).

Founder of Mahara Mindfulness and The County Wine Tours, Sheba is also a marketing and PR expert. She enjoys sharing compelling stories and is fascinated by how humans consume content and develop brand affinity – which led her to create her first e-commerce product, The Human Being Journal. In her spare time she is passionate about travelling, movies, wellness trends and of course, podcasts!