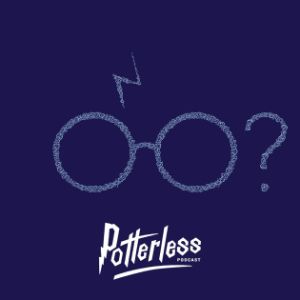 Potterless is a review/discussion of the Harry Potter series from the POV of a 24-year-old man reading the books for the first time.

Like most of my generation, I first encountered the wonderful wizarding world dreamt up by J. K. Rowling in my childhood. I remember at the age of 8 years old being completely engrossed in the initial trilogy of paperbacks as I followed the adventures of Harry, Ron and Hermione (even though it would take me years to realise I wasn’t pronouncing the latter’s name correctly). With time, I graduated to the subsequent hardbacks, begging my mum each summer to let me attend the much-anticipated midnight release of the latest instalment with the rest of the Harry Potter fandom. She always said no, but that didn’t stop me from getting my hands on the latest book some other way. I would stay up reading long after I was supposed to be asleep, promising myself ‘Just one more chapter…’. When I turned 11, I—along with hundreds of other preteens—was heartbroken when no owl bearing my Hogwarts acceptance letter was forthcoming. Long story short, I can’t imagine many members of my generation haven’t read the Harry Potter series… and if by some miracle such people do exist, I can’t imagine that they would suddenly start Now.

Meet Mike Schubert, a 24-year-old grown man, who decides to do just that—and thankfully brings the rest of us along for the ride. In the very first episode of Potterless, Mike gives us the scoop on exactly why and how he missed the Harry Potter literary phenomenon the first time around. He also admits that because he’s not been living under a rock for the last couple of decades, he’s aware of a few of the big plot twists heading his way. But as you progress with each episode, you come to realise that his knowledge of the Harry Potter universe is hazy at best, relying as it does on half-remembered viewings of the first four-and-a-half movies and the many HP-themed memes flying around the Internet.

Needless to say, listening to Mike discussing the Harry Potter books as he reads them, a few chapters at a time, is both hilarious and nostalgic in the best sense of the word. From pointing out plot holes to his priceless if often incorrect predictions, you’ll laugh along with him and become genuinely excited to witness his reaction to your favourite moments from the books.

You’ll also gain a new perspective on the series because Mike comes at a beloved children series from an adult’s viewpoint while most of us still retain our childlike sense of wonder even when re-reading the books today. Whether you agree with him or not, his discussions make for interesting listening. In conclusion, no true Harry Potter fan should miss this podcast. As several of his guest speakers themselves note, “I wish I could also experience this journey again for the first time!”. While you can’t turn back the clock, what you can do is live vicariously through Mike’s eyes with Potterless.

A freelance medical/technical editor with a passion for fiction.