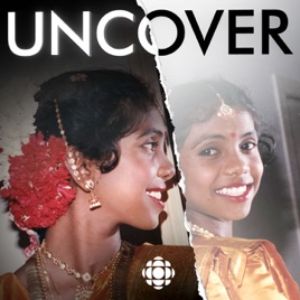 In this season of CBC’s Uncover, we strap in as reporter Michelle Shephard traces the story of Sharmini Anandavel, a 15-year-old Toronto girl who went missing in 1999.

The CBC’s Uncover series has consistently knocked it out of the park and this podcast is no exception.

Sharmini is as much a story about the reported as it is the reporter, and Michelle Shephard, who hosts the show, says as much. When Shephard first started on the crime beat in 1999 in Toronto, she covered this case. Now, as a podcast, Shephard is back with new evidence and eyewitness testimony. We learn through this series that Shephard has internalized this story throughout the intervening ~20 year period. We hear from parents, siblings, and neighbors about what Sharmini meant to them and how her loss has impacted their lives.

An interesting element introduced in this podcast that I don’t see in many others is the fact of the main suspects’ physical appearance. Stanley Tippett, currently serving a sentence for another crime, has Treacher Collins syndrome, a genetic disorder that affects speech, hearing and facial bone and tissue development, often causing deformities. Because of his physical appearance, the Toronto Star decided in 1999 not to publish a photo of him as the main suspect, thinking that it would bias people against him unfairly. Instead, they just named him. In retrospect, many people believe that not publishing his photo was shoddy journalism, as it didn’t give the public a full picture of the situation at hand.

Arielle Nissenblatt is the founder of EarBuds Podcast Collective and the Village Podcast Studio and is constantly working to make the podcast landscape a diverse and welcoming space for all creators and professionals. She is also the Marketing and Business Development Manager at Castbox, one of the fastest-growing podcast players in the world.