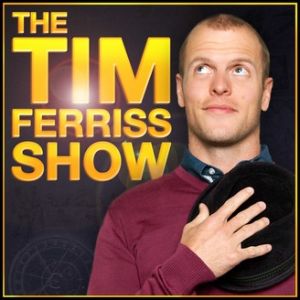 Tim Ferriss speaks to high-performers to deconstruct the tactics and routines they use to become more successful.

The ultimate human guinea pig, Tim Ferriss has personally tested theories, so you don’t have to.

On his blog and in his book he doesn’t skip out on the dirty details, he deconstructs EVERYTHING he does, so readers can learn the exact steps to achieve the same outcomes. After reading the 4-hour work week, I wanted to keep following Ferriss’ new rich ideologies. His ideas resonated with me, and what I felt were the beginning of a new wave of thinking about what it meant to lead a fulfilling life.

An obsession of Ferriss’: learning and mastering new skills. Who hasn’t wanted to learn how to do something better? From languages to musical instruments Ferriss deconstructs ways to become dramatically better at skills in a shorter amount of time. Learning spanish? Picking up the guitar? These were the reasons Ferriss’ ideas around mastery caught my attention. His podcast is an extension of the ideas from his blog and book. He has had a number of high-profile guests on it including Terry Crews, Arnold Schwarzenneger, Tony Robbins, and more. Ferriss deconstructs these world-class performers from various areas to determine the tactics, tools, and routines listeners can use. This includes favorite books, morning routines, exercise habits, time-management tricks, and much more.

Although, my favourite episode is where Ferriss interviews personal finance guru, Ramit Sethi, who he has had a longstanding friendship with. Their banter in the episode was hilarious as they explore new ideas around finance and criticize old ways of thinking about money. Their shared world view of finding ways to make more money and spend it on the things you deem important in order to live your version of a rich life on your terms is a refreshing take on financial management.

Tim Ferriss has been listed as one of Fast Company’s “Most Innovative Business People” and one of Fortune’s “40 under 40.” He is an early-stage technology investor/advisor (Uber, Facebook, Shopify, Duolingo, Alibaba, and 50+ others) and the author of five #1 New York Times and Wall Street Journal bestsellers, including The 4-Hour Workweek and Tools of Titans: The Tactics, Routines, and Habits of Billionaires, Icons, and World-Class Performers. The Observer and other media have called Tim “the Oprah of audio” due to the influence of The Tim Ferriss Show podcast, which is the first business/interview podcast to exceed 100 million downloads. It has now exceeded 600 million downloads.

Amanda Desouza  is a freelance writer and content strategist based in Toronto. A self-proclaimed podcast junkie, she cohosts a modern dating and relationship podcast with a few of her friends.