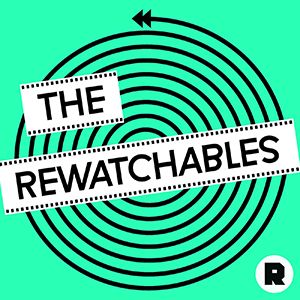 Popular podcast host Bill Simmons and a rotation of members of his Ringer network have lively discussions about movies everyone has seen and loves. They might not have won Oscars but they did leave an overwhelming impression on pop-culture because every time they are on TV you find yourself drawn to watching the entire movie, again, for the 100th time. The crew discuss categories like, “Most rewatchable scenes”, “Best quote” and “Who won the movie?” and show each movie the love that they deserve.

Everyone has that one movie they have seen more than any other. You can quote it from beginning to end. Often times it is not Citizen Kane or Lawrence of Arabia. It is most likely Jean Claude Van Damme’s Blood Sport or Patrick Swayze and Keanu Reeves classic Point Break. These are the movies that Bill Simmons and Co. love to talk about just as much as you and your friends do. Every episode sounds like a Friday night in a buddy’s basement quoting lines back and forth and breaking down minor plot discrepancies like “How did Tim Robbins put the poster back over the hole?” in Shawshank Redemption or “Why did Mav take a shower at Kelly McGillis house and then leave?” in Top Gun.

With 2 episodes a week there is a great variety of movies that are available for listening. Even though a lot of it is tongue in cheek, you can tell that everyone who comes on The Rewatchables loves these movies as much as you do.

As a starter episode I recommend the Fast 5 episode with Shea Serreno because he brings an energy that will make you start to think, maybe Vin Diesel does deserve an Oscar for his role as Dom? Other special guests include Chuck Klosterman discussing Reality Bites, Aaron Sorkin talking about the genius of Butch Cassidy and the Sundance Kid or Bill Hader talking about No Country, for Old Men.

This is a staple podcast for walks with Cooper.