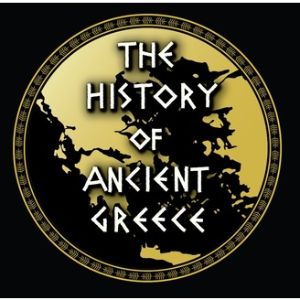 The History of Ancient Greece

The History of Ancient Greece

The History of Ancient Greece is a deep-dive, semi-chronological examination of all-things pertaining to the world of the Ancient Greeks as they actually experienced it.

In 2016, history enthusiast and U.S. Air Force Officer Ryan Stitt released what is now the first of 100 (at the time of writing) scripted episodes covering the development of the culture we have come to identify in our modern times as Ancient Greece.  Add in numerous special episodes involving interviews with some of the brightest and most diverse minds at work in the field of Classics today and Mr. Stitt has successfully built a Colossus of Rhodes-scale body of work that has extended deep into the famous Peloponnesian War between Athens and Sparta and assorted allies that came to define the times in which familiar historical figures such as Socrates, Euripides and Archimedes lived and worked, amongst others.

As I listened to The History of Ancient Greece, I came to a deep appreciation of how not every episode is dedicated to well-attested historical figures, events and dates like you get in some history podcasts, but rather deep-dives are taken into fascinated topics like day-to-day life, the messy workings of the politics of Greek City-States, and how actual Ancient Greeks treated religion, sexuality, and literature compared what can be our to our sometimes lofty or sanitized views here in the comfortable reality of the 21st century.

It doesn’t matter if you have a background in classical history or not, there’s something in this podcast for everyone with an interest in this very influential time and place in human history.