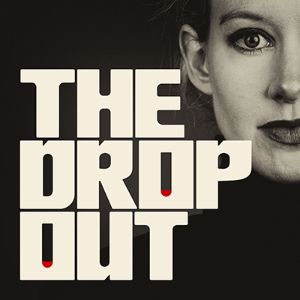 The Dropout is a podcast that chronicles the rise and fall of Elizabeth Holmes, the founder of blood testing startup Theranos, who was once hailed to be the next Steve Jobs - but turned out to be a criminal and a fraud.

The story of Elizabeth Holmes is so unbelievable that if I didn’t watch it happen in real time, I wouldn’t believe it was true.

Holmes grew up believing she would change the world, and she decided at the age of 19 that she would do that by developing a blood test that could identify a range of diseases with a drop of blood. She raised billions in funding for the company, had a gold chip advisory board, and was hailed as the next Steve Jobs on the cover of Fortune. But this self-made billionaire was like technology’s Icarus - she flew too close to the sun, and this podcast chronicles her rapid ascent, and even more rapid fall.

Based on the book Bad Blood, which is well worth reading before or after you listen, The Dropout podcast weaves Holmes’s story into a compelling narrative through interviews with key players, past media interviews, and depositions. By the end of it you can’t decide if Holmes is a mad genius or the world’s biggest con artist - but either way, it’s one hell of a story.