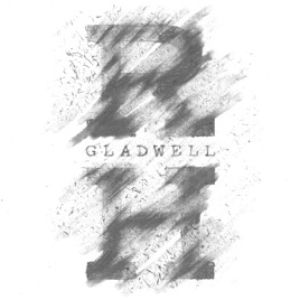 In Revisionist History, best-selling author Malcolm Gladwell uses his signature story-telling style to examine and reinterpret conventional wisdom across a wide variety of topics. A must for fans of Gladwell’s books or intellectually curious listeners looking for some fresh perspectives.

If the gap between  Malcolm Gladwell’s recently released “Talking to Strangers” (2019) and his previous book “David and Goliath” (2013) felt a lot shorter than six years, it’s because the best-selling author and idea-smith was providing fans with a steady drip of prime Gladwell with his podcast Revisionist History.

Each episode of Revisionist History introduces an eclectic array of anecdotes, across disciplines from psychology and religion to sports and pop music. Gladwell unites these seemingly disconnected stories along a central unifying theme, exploring the blind-spots in our accepted interpretation of events and ideas. Although some of the best episodes recast familiar historical events (you’ll never think of the Boston Tea Party the same after listening to Season 4’s “Tempest in a Teacup”) others cast new light on contemporary issues like police brutality in America.

To add authority and variety to each pod, Gladwell invites an eclectic and very impressive cast of guest experts from psychology professors and philosophers to police trainers and hedge fund managers. As the flagship title in Gladwell’s Pushkin Industries banner, Revisionist History’s creative sound production improves with every season with its quality on full display in the audiobook version of his newest full-length title “Talking to Strangers”. (A full chapter was previewed for podcast listeners at the end of the most recent season.)

For diehard Gladwell fans some of the most interesting episodes go behind the scenes to show listeners how the episodes are researched and produced, like the episode where Gladwell and his assistant voluntarily take the LSAT to show why law school admissions tests reward quick decision making rather than the slow, deliberate analysis required to be a Supreme Court judge.

Gladwell is clearly enjoying himself producing this show: he gleefully applies his story-telling twists to the sponsored ads during the program, transforming the product pitches into essential apocrypha for completists.

The worst criticism that Gladwell’s critics have levied at him is occasional tendency to “cherry-pick” his evidence to fit his theories and narrative. In the shorter format of Revisionist History episodes, this habit is easy to forgive as he skillfully packs so many fascinating stories and ideas into 40 minutes and still leaves listeners with a valuable new perspective.

Revisionist History is essential listening for fans of Gladwell’s thought-provoking books or for first-time listeners looking for an interesting conversation topic on their way to an intellectual dinner party.

Malcolm Gladwell is the author of five New York Times bestsellers — The Tipping Point, Blink, Outliers, What the Dog Saw, and David and Goliath. He is also the co-founder of Pushkin Industries, an audio content company that produces the podcasts Revisionist History, which reconsiders things both overlooked and misunderstood, and Broken Record, where he, Rick Rubin, and Bruce Headlam interview musicians across a wide range of genres. Gladwell has been included in the TIME 100 Most Influential People list and touted as one of Foreign Policy’s Top Global Thinkers.