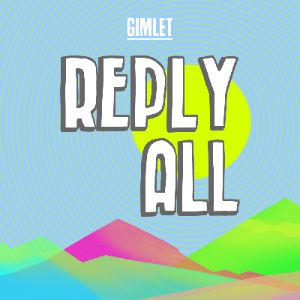 Reply All is a podcast about technology and how it shapes our lives. It uses humour to dive deep into topics like privacy, social media, and how tech is changing us for better and worse.

Reply All is one of those podcasts where you wait impatiently for a new episode to be released, and listen to it as soon as it shows up in your new episodes list. It’s a bi-weekly look at how technology is changing our lives, but it’s not formulaic - one episode might be an on-location expose on scam call centres in India; the next is a segment called “Yes Yes No” where the hosts try to catch their boss up on the latest internet memes; the next is Super Tech Support, where the hosts try to solve seemingly impossible tech quandaries submitted by users.

A few things remain consistent: you always enjoy the joyous (and hilarious) banter between the co-hosts, you always learn something new, and you’re always forced to reflect on technology as a force for good or evil.

For a few great places to start: The Snapchat Thief; Boy in Photo; The Founder; The QAnon Code; Trust the Process.