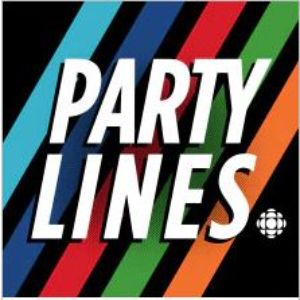 In the Party Lines podcast, hosts Rosemary Barton (The National) and Elamin Abdelmahmoud (BuzzFeed News) bring you a political primer to get you ready for the Canadian election.

When it comes to political podcasts, there are a plethora out there, but they all revolve around American politics. As soon as the Party Lines podcast was announced, I was excited to have something focusing on Canadian politics to act as a primer for our election with the bonus of having some hosts that I was already familiar with taking the reins. When it came out, I was not disappointed.

The hosts dive into topics such as the positions parties are taking, climate change, and hot topics in the news such as Trudeau’s “brownface” photo. On top of these things that you come to expect from a politics-based podcast, they also delve into things like making the case for why debates still matter and also a primer for everyone gearing up for those awkward political conversations around the Thanksgiving dinner table.

Elamin and Rosemary serve up the political awareness that we need in a format that’s easily digestible for a variety of people. Every Canadian should have those podcasts on their radar.

Brittany is a podcast-loving marketing professional based in Toronto. You can find her on Twitter and Instagram.