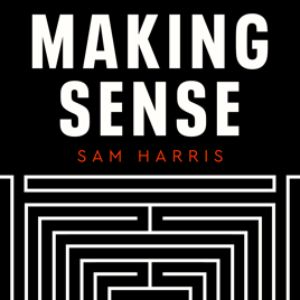 Neuroscientist Sam Harris has two chief areas of interest: meditation and mindfulness; and global politics. In Making Sense with Sam Harris, he explores them both with utmost candidness. He believes that getting to the truth means honestly asking hard questions and being willing to have a good-faith debate, even with those whose beliefs differ vastly from our own.

Sam Harris is one of the stars of what's been called the intellectual dark web. To some, the name is deserving of its sinister undertones. But to regular listeners of Making Sense, there's an optimism that comes through. Rather than a world divided by good and evil, Sam Harris sees people as individuals with vastly different points of view inspired by their own unique experiences and backgrounds.

Each episode features guests from the worlds of academia, journalism, politics, and culture. He doesn't always feature guests he agrees with, but the goal is always a good faith debate. he uses the phrase so frequently that it's worth defining. When people disagree in good faith, it means there's an underlying assumption that they each genuinely wants to find solutions to conflicts that make the world a better place.

After listening to a few episodes of Making Sense it becomes impossible to ignore how much mainstream political discourse across the political spectrum is focused on framing the other as the enemy. At the very least, this podcast will give you an alternative framing of the mainstream narratives that are the cornerstones of the divisiveness plaguing society.

I'm a creative director and brand strategist based in downtown Toronto. Before joining home services startup Jiffy to lead their brand strategy, I co-founded and led creative at a boutique communications agency working with clients in the startup and tech space. Outside of work I love travelling whenever I can, reading before bed, and listening to podcasts, especially when I can't sleep. https://www.gabriellarackoff.com/