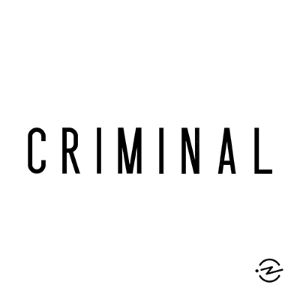 The Criminal podcast is a show about crime - but not your typical podcast about crime. The stories range from tree killers to identity thieves to murderers.

The Criminal podcast is worth listening to for host Phoebe Judge’s soothing voice alone. Her voice is the ultimate juxtaposition to the subject matter: it feels like she should be reading a children’s book, not telling you about a mass murderer. But alas, somehow it works.

What’s great about Criminal is that it takes a wide view on crime. This isn’t just your run of the mill murderers and thieves. Criminal covers everything from white collar crime, to identity theft, to wrongful convictions, to assisted suicide - in fact sometimes you don’t even know what the crime is until halfway through the episode.

Every episode starts with a story - and you also never know if the person talking is the victim or the criminal, so you find your sympathies being formed before you know who to root for. One of my favourite episodes is the first - Animal Instincts, about a marketing executive believed to have been murdered by her husband, who tried to make it look like an accident. But… Could it be that the killer wasn’t human at all? It’s a bizarre theory of a crime that sets the tone for why Criminal is consistently the quirkiest crime podcast around.