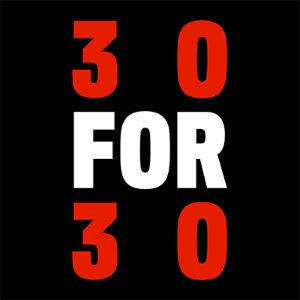 A sports podcast that’s fascinating even if you’re not a sports person, 30 for 30 tells the story behind some of the most incredible moments in sports history.

There is a caveat to this review: I am not a sports person. I mean I like them, sure, but I’ve never voluntarily subscribed to a sports podcast. But the 30 for 30 podcast was consistently recommended to me by friends - some of whom were sports people, some of whom weren’t - so I finally gave it a try.

I started with season 5 of 30 for 30, which takes a different format from the rest of the show (one sports story told in 30 minutes) - season 5 follows the rise and fall of Donald Sterling, the owner of the LA Clippers. I had seen the Sterling drama in the news, but hadn’t gone deeper - and this five-episode arc is more engrossing than overtime in the playoffs. It’s about so much more than sports - it tells the story of class, money, politics, and greed, and ultimately shows you that sports is about so much more than who steps on the court, and who wins the game.

Earlier seasons tackle stories contained in an episode - favourites include the story of the 2003 World Series of Poker, the birth of UFC, and the saga of the yogi Bikram (next on my list to listen to).

Thank you! Your submission has been received!
Oops! Something went wrong while submitting the form.